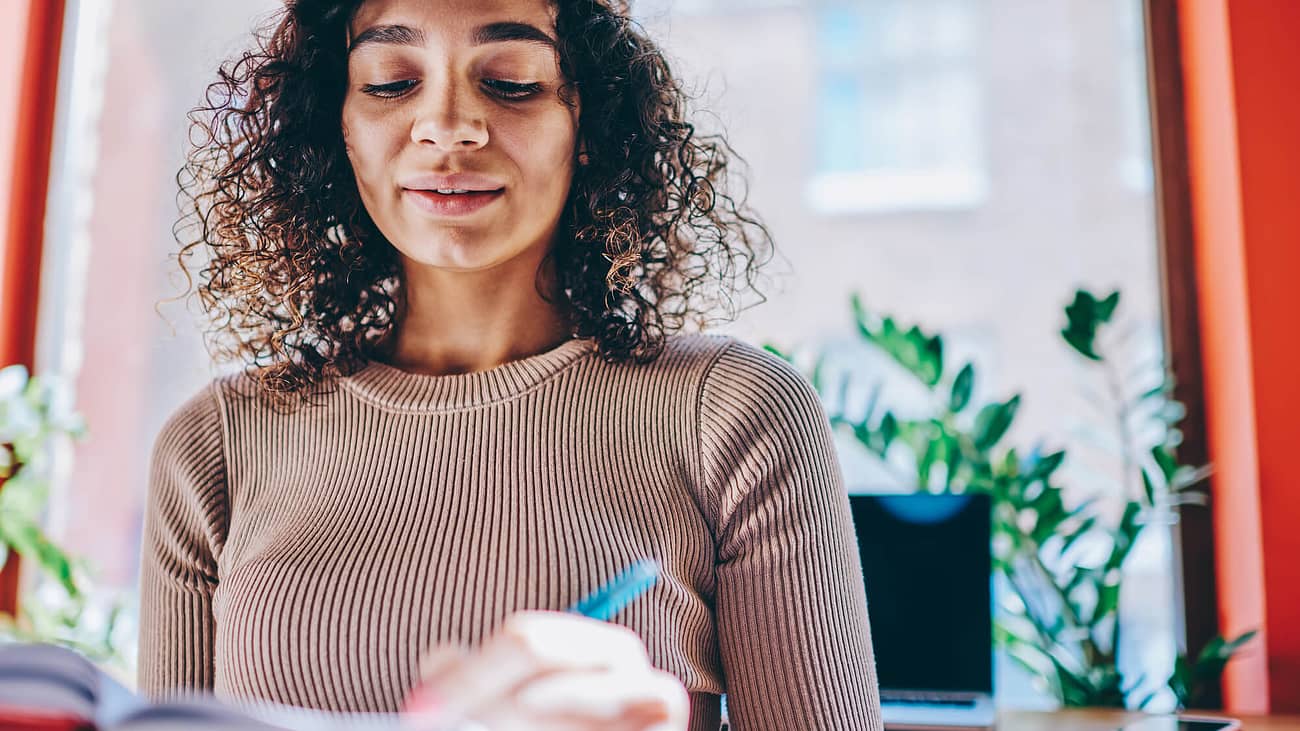 I don’t think writers are inherently fearful. In fact, I think most writers are incredibly brave. You take the wisps of thoughts and ideas floating in your mind, form them into coherent sentences, and let them out into the world to be read, enjoyed, and yes sometimes judged by others.

That’s an act of both love and bravery.

But, in my experience, we writers tend to be an anxious lot. Should I write that taboo kink fantasy story? Can I write my story if someone else already wrote something similar? How can I call myself a writer if I don’t know where a comma goes in a sentence?!

We worry: about our ideas, about how we write, about editing, about everything. And even though you really are braver than you know, that fear stops many of you from getting the words from your head onto the screen or paper in front of you. Even worse, you (figuratively) kick yourself because you want to write but don’t actually do it.

How do you overcome that fear so you can be the writer you dream of being and tell the smutty stories you can’t stop thinking about? Here are a few tips that may help.

Figure Out What You’re Afraid Of

A general “fear of writing” is rare. Usually, we know exactly what we’re afraid of but we don’t admit it to ourselves or name it. Once we name it, then we can work on it.

In my experience, most people aren’t afraid of the writing itself. They’re often afraid people will think they suck as a writer, or that their ideas are boring. Figure out what you fear the most about writing, and then work with (or around) that fear.

Give Yourself Permission to Suck

First drafts aren’t meant to be read by anyone but you. They suck for ALL of us, and it’s time to internalize that fact. Even the most gifted writers find plenty to fix, change, or alter in the first draft.

At the same time, new writers are never as good as you’ll be once you’ve been writing for a long time. We all suck in the beginning. No one skips that part.

So, if all first drafts suck and everyone sucks on their first day (by the way, that’s a lot of sucking and we’re not even into the sex story you want to write yet!), then tell yourself — and believe — it’s okay to suck. You’re not fucking up this writing thing by not being great yet.

For the record, you’re likely better than you realize, no matter how much you have to learn.

Remind Yourself No One Else Has to Read It

One thing that tends to freeze our fingers over a keyboard is the idea of someone reading our writing. No one has to read anything you don’t want them to see. If you’re terrified of what others will think, write in a journal or in a blank Word Doc first.

Give yourself permission not to publish what you write. After you write it (and maybe do some light editing) then decide if you want to put it out into the world for others to see.

Get rid of the pressure to publish by not committing to it until you write your story. You may not publish that one, but maybe it’ll give you the courage to write the next dirty, filthy, obscene story that you do publish.

Realize Your Idea Doesn’t Have to Be New or Perfect

In fact, most of us are inspired by what we see, hear, and yes, read. It’s one reason why “read a lot” is such common advice for writers. Not only do you learn how others tell stories, but you’re also inspired by other writers when you read. No, you can’t copy someone’s idea, but you can let another story inspire your own.

As for “perfect” ideas, that’s probably the most flexible part of writing. You start with a direction in mind and your characters have other ideas. Or you take a break from writing, look out the window, find inspiration, and go in a new direction. The joy of writing is its fluidity. We get to create entire worlds and realities with our thoughts and words! Which means those “perfect” ideas will almost always change and become other ideas.

Ultimately to be a writer of smut or anything else, you simply need to write. You don’t have to share your writing with anyone else, and it doesn’t need to be “perfect” (whatever that means). But the only way to write is to get started with the first word, then sentence, then paragraph. Keep going, and eventually, you’ve got a kinky story that melts panties and turns the skin hot. 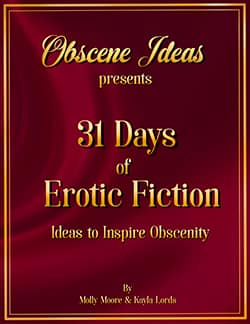